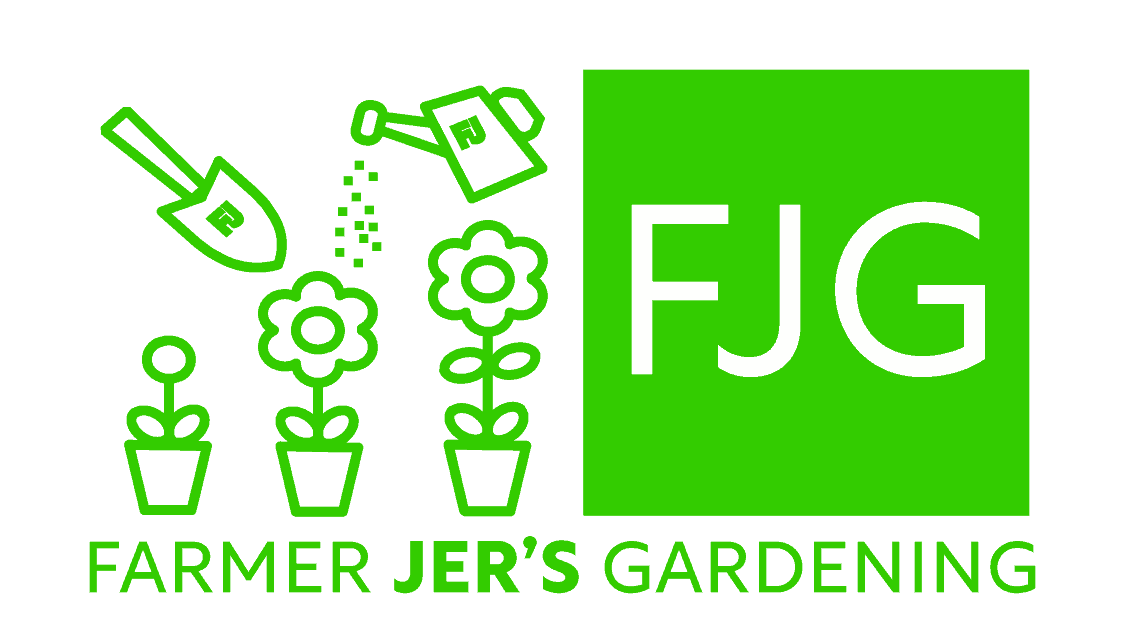 Right at the heart of the superfood revolution stands a green and leafy vegetable named kale. And with it comes a few different varieties. Does anyone know what the difference is between them? We read ingredients and see the word kale, and automatically our brain says healthy. But did you know that not only do the different types of kale cook differently, but they have several different properties as well?

There are a lot more differences between green kale and red kale than just the color. This article is a review of these different varieties of kale, and unlock some of its secrets via a fantastic new recipe. We’ll shed some light on the darkness shrouding kale and its mystery. Join us for this dive into the varieties of kale and what the differences are.

One of the great things I love about kale is that it is a super hardy plant. This thing can grow in low light; it will grow in the cold, it’s great. And given that it’s very nutritious for you, it’s a bonus. It is especially true if you live in a colder climate as I do. Having a vegetable that goes well into the fall when everything else has turned in for the night, so to speak, well, that’s a pleasure for cold bones, let me tell you!

Kale originated in the Anatolian peninsula and the eastern Mediterranean, or so it has been said.1 There are several varieties of kale and several urban tales about some types of kale being more nutritious than others. Indeed, it stands to reason that kale would lose some nutritional value with age as the leaves become more robust and tougher as time progresses. However, I couldn’t find any studies, publications, or other evidence to suggest that legitimate research has taken place.

Then I stumbled, almost haphazardly, onto a study that not only aimed to determine the nutritional differences between no less than three cultivars of kale. But, it also strove to establish if the stage in which the plant is harvested lays any bearing to the claim that the microgreen version of the plant is indeed more nutritious than the older, more mature plant.

The study established that the Red-Russian and the ‘Dwarf Blue Curled’ both revealed similar characteristics. The mineral content for both of these varieties was significantly higher in the microgreen and young leaf stages of the plant’s life cycle.5 There was a noted drop in mineral content in the adult plants. It means that the adult leaves of these variations, sold in grocery stores, are significantly lower in nutrients than those harvested at a younger age.

That is the exact reason why I grow kale as a microgreen. Not only do I get more nutrients, but the leaves are still tender, and you don’t have to deal with the harsh fibrous texture of the adult leaves. Take a look at my video here, where I go over a bit of my indoor setup.

The types, or cultivars (as they are aptly named), are several. Here is a list of some of the more common variations.

There are three common variations found to be readily available in North American markets. These are the curly leaf, Tuscan, and Red-Russian varieties.

Flavor: Bitter to peppery flavor with hints of earthiness.

Everyone who knows what kale is usually associated with the curly kale variety. This is the most common type of kale, found in every grocery store that serves up the wonder green. This underdog of the salad greens usually gets passed aside when one thinks of raw greens. That’s due to the rough and fibrous nature of the fresh plant.

You can soften raw kale by massaging with lemon juice and a touch of salt.

The way that kale dramatically appears as a part of any salad or even as a garnish on any many a high-end dish has guaranteed the plant’s presence in most culinary enthusiasts’ kitchens. And it’s also a ridiculously healthy green.

Growing Green Kale As A Microgreen

One of the great things about kale is how hardy it is. The seeds are no exception. They are very easy to sprout and they grow quick. I grow them as a microgreen and eat them every day. Here’s a post of mine (just after I posted the picture) of one of the bins of green kale microgreens I grow for food for my loving wife and myself.

Flavor: Nowhere near as bitter as the curly leaf variety, Tuscan kale is sweet with an almost wood or nut-like essence hidden in the layers of earthiness.

Tuscan kale comes by many names, but its curled dark leaves easily recognize it. This variety of kale has been grown in Tuscany and the surrounding region for many years, even centuries. Here are a few of the names you might know this superfood by.

Tuscan kale is one of the original, traditional minestrone ingredients.

Flavor: This is the hot and sweet variation when it comes to taste. Almost like a mixture of the peppery taste of curly leaf and also hints of the sweetness of Tuscan.

Red Russian kale is another common variety of kale found in the grocery. The leaves are toothed and have more of a grey coloration than the darker Tuscan or brighter Curly kale varieties.

The story goes that dark and especially purple-colored salad leaves and vegetables have more nutrients and antioxidants than the specifically green leaf varieties of salad green.

You may recognize red Russian kale as Siberian kale, another name it goes by, depending on where you’re shopping. The Brassica napus or Siberian “Red-Russian” is becoming one of the most popular kale variations at the grocery store.

Want to learn more about the difference in leaves?

The following charts are based upon a one cup serving of 65 grams, chopped. This is not data based upon cooking, this data is based on raw kale.

Other interesting things in kale

Easy-peasy garlic snow peas and tuscan kale. A fantastic side dish you’re going to want to make as a main dish.

“This is my own personal recipe and one of my favorite sides to any meal. It pairs nicely with lean meats and sides like rice or quinoa.” 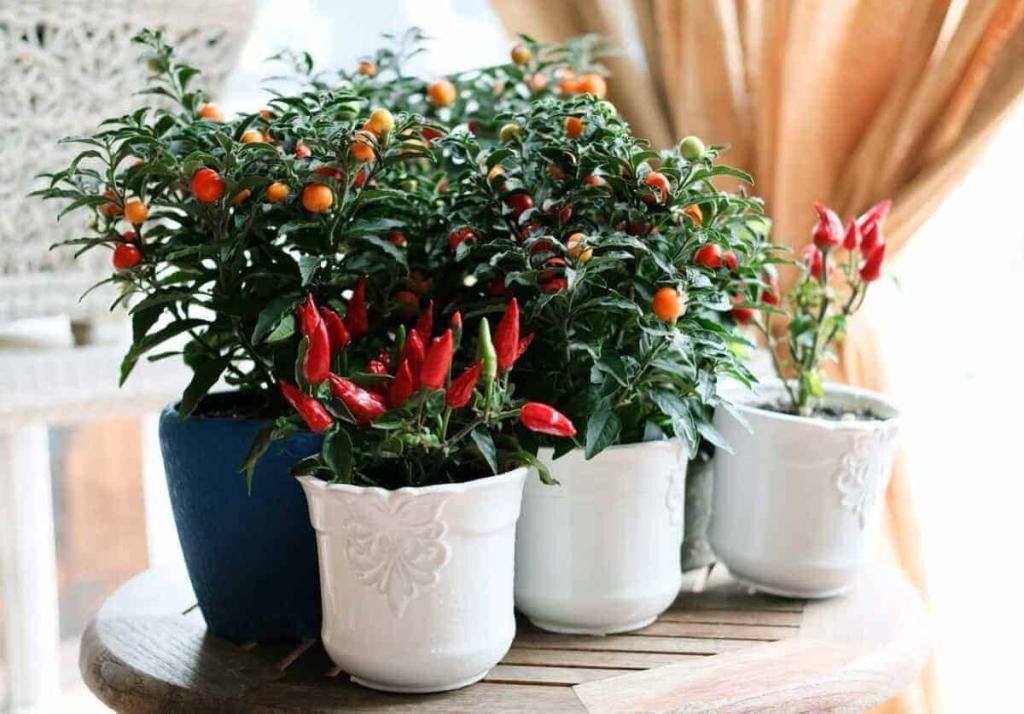 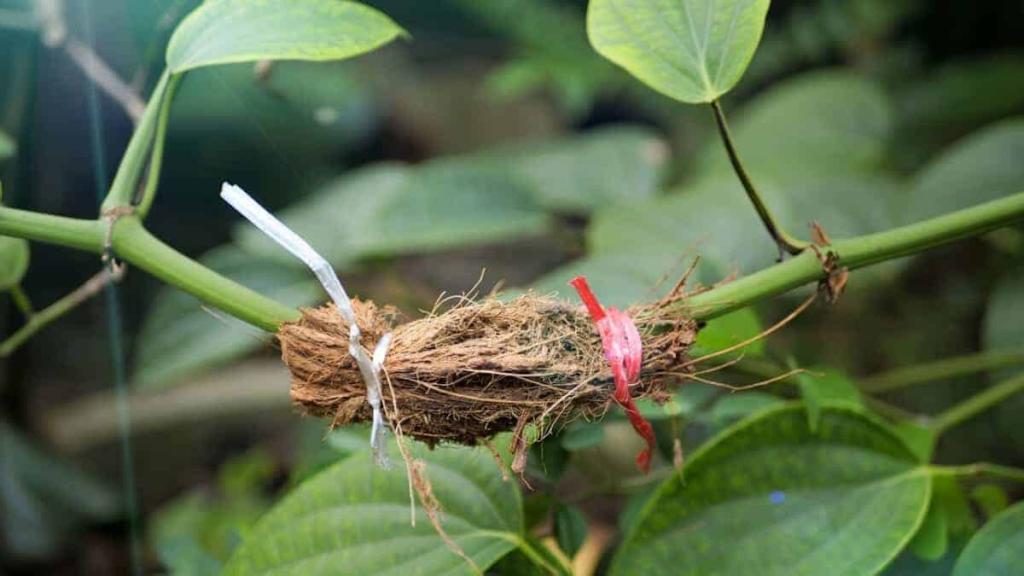 Why Graft Chili Plants? An Amazing Guide To Chili Grafting!

Why graft chili plants? I’ll tell you why – because you can grow multiple types of chilis on one plant, that’s why! In horticulture, grafting …
Read More 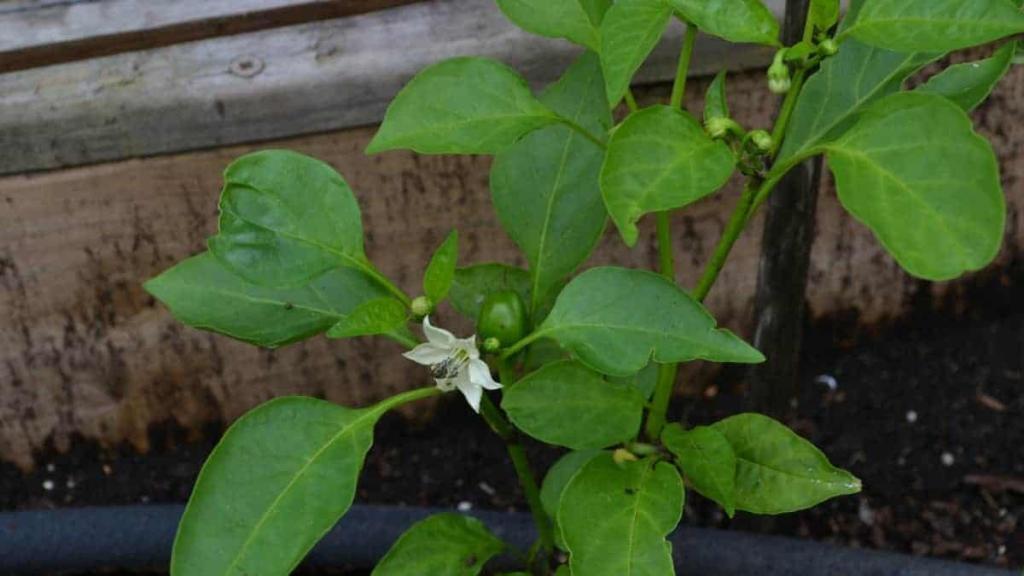 A flowering chili plant in Farmer Jer’s organic garden, 2021.Should I remove flowers from chili plants that are too small? Let’s find out!Flowers from …
Read More 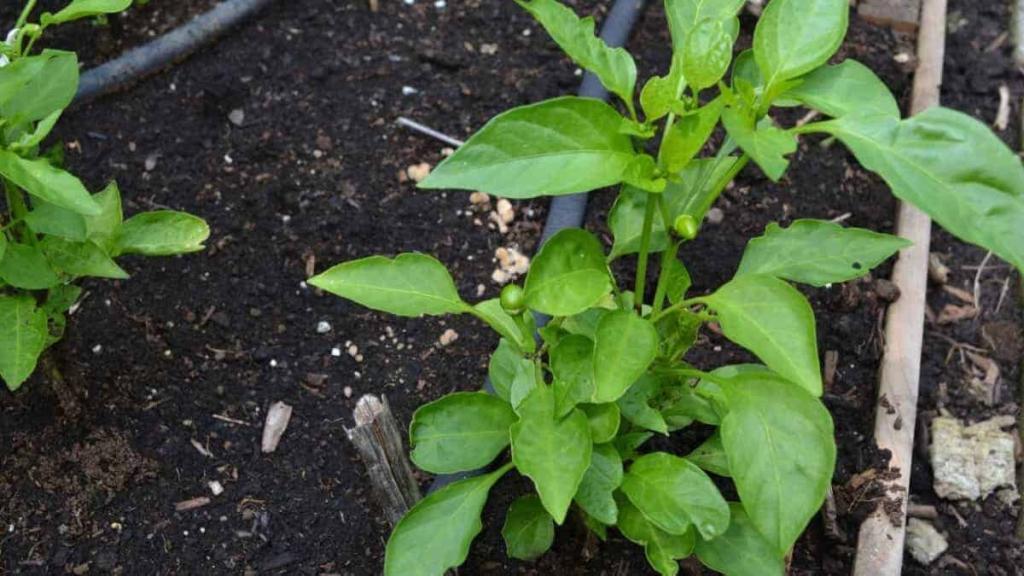 Will my chili plant survive the winter? Let’s find out! Chili plants, also called “chile peppers” or “hot peppers,” are native to the Americas. They …
Read More 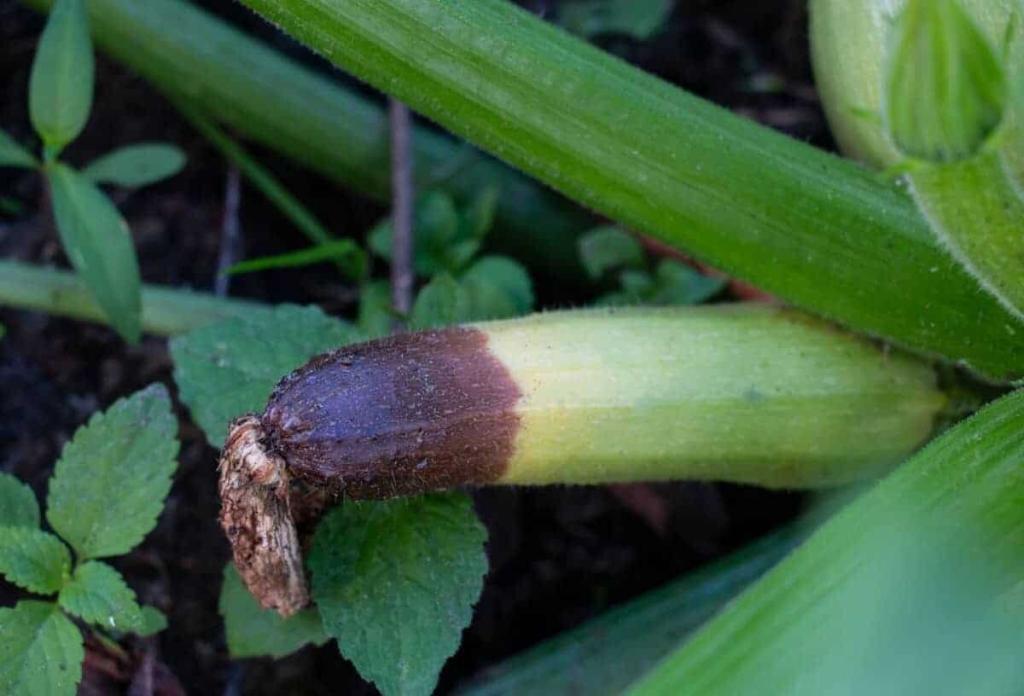 When your zucchinis are turning yellow and rotting, it’s time to take action. Also called courgettes, zucchinis are grown for their edible fruits, and they …
Read More 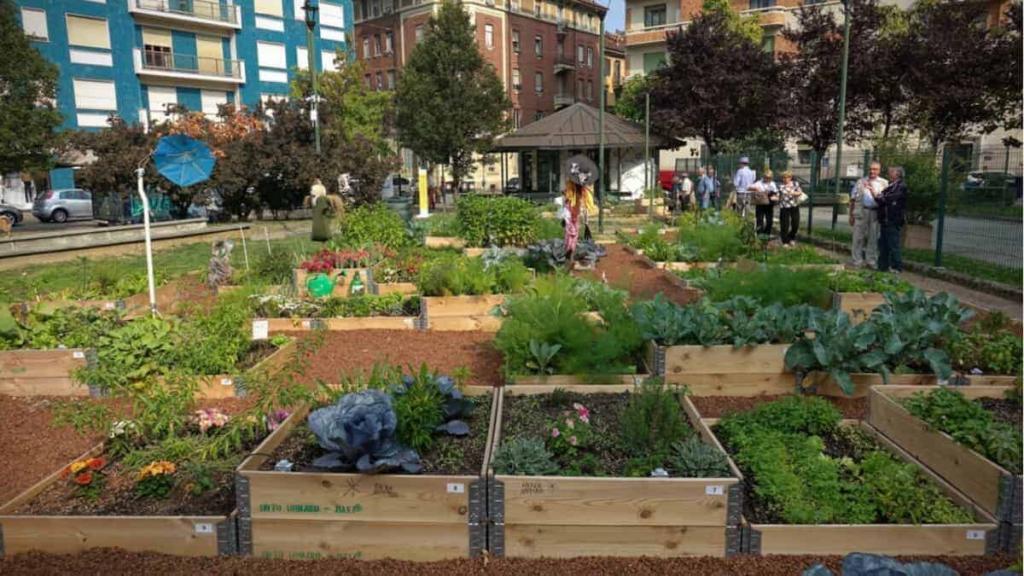 Why Urban Farming is Good for Our Future

Why urban farming is good for our future? With a population of 7 billion people, it is no secret that the Earth can’t feed us …
Read More 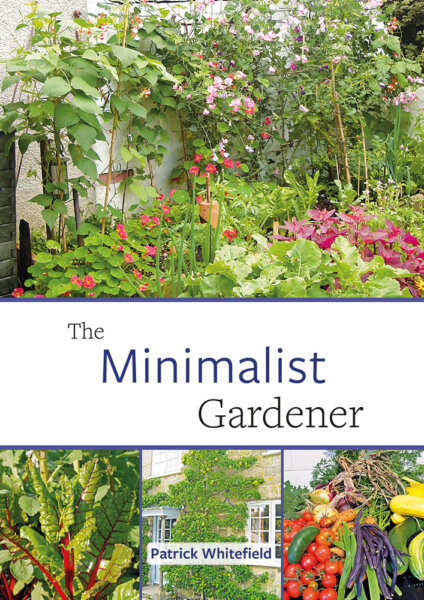 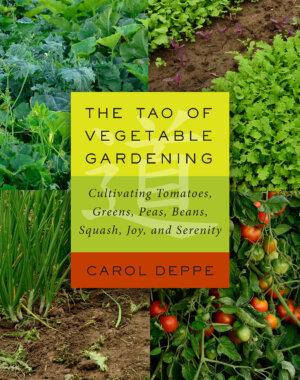